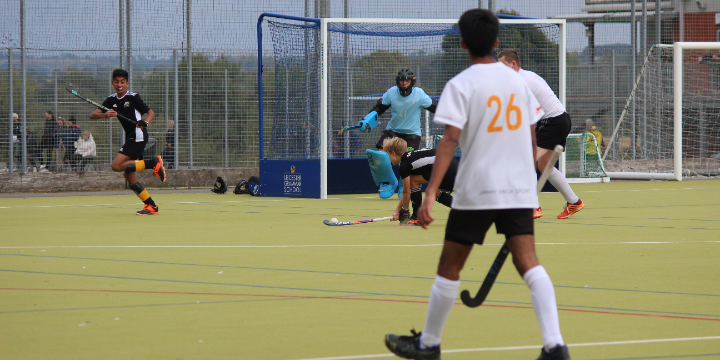 The men's 3rd team welcomed Loughborough/Carillon on 2's to LGS on a warm September afternoon. Against strong and experienced opposition they knew they'd be in for a tough afternoon.

Put under pressure straight away the hosts used all their defensive tricks to frustrate the opposition, with Ed organising his young back line. The hard work paid off as a quick counter attack saw the home team take the lead as young forward Josh hit a reverse through the goalie.

Loughborough struck back within 5 mins to make it 1-1. Then another swift counter attack saw Adam get round the back of the Coalville defence to pull back for veteran Rich to slot home with his reverse. A calm finish under pressure. 2-1 remained the score at half time.

Carillon started the second half fast and were rewarded with an equaliser. Scrambling the ball in to the goal after some unfortunate deflections in the box. Leicester continued to hold firm with the young back line putting on a defensive master class. 10 minutes from time Josh "tomahawk" Goodman found space on the left side of the box and slotted another reverse into the bottom right corner.

The 3's then turned the defensive screw and with the seasoned pro's using every trick in the book, managed to hold out for a well deserved win.

A fantastic start to the season!! Well played to all the youngsters who put a shift in.

Man of the Match - Ed